Screenshots for a UWP Xbox App

We’ve been doing a bit of work building out an Xbox app and part of the fit-and-finish of any app is aligning the application layout with those of the designs. One of the easiest ways to do this is to take a screenshot of the app and then mark it up alongside the original designs, which are hopefully high enough fidelity to allow you to do the final round of tweaks against. On Xbox we noticed that within a UWP application the normal double-tap of the Xbox button doesn’t seem to take a screenshot. This is was confirmed by a post on the forum (https://social.msdn.microsoft.com/Forums/en-US/e100560d-a26b-48f8-a2bf-acce75ea4d26/uwpxbox-how-to-capture-screenshot-on-xbox-one-for-uwp-app?forum=wpdevelop) where the recommendation was to write code to take a screenshot.

I even started down the path of using similar code to extract a screenshot, when I remembered there was a developer portal that’s exposed when you switch the device into dev mode (see https://docs.microsoft.com/en-us/windows/uwp/xbox-apps/devkit-activation). I figured that once I took a screenshot using code, I’d need a way to get the image off the console, and that the developer portal was the way to do this.

The first thing to do is to go to Dev Home – there should be a link on the right of the home screen when your console is in developer mode. If you don’t see it but you’ve setup dev mode, it may be that your device has reverted to retail mode, in which case you’ll need to run the dev mode activation app again. 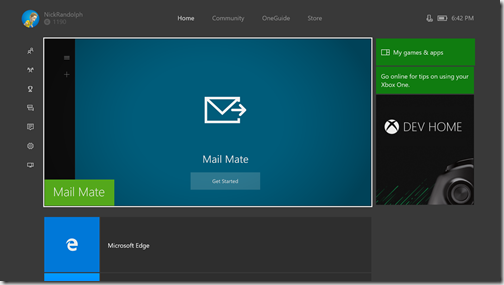 In Dev Home, there is an option to “Manage Xbox Device Portal” 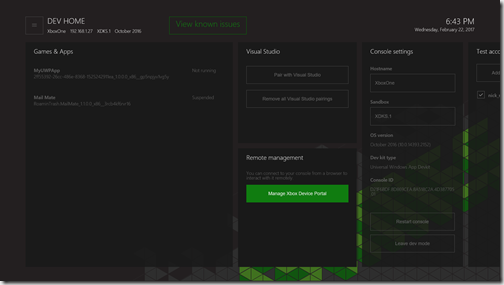 Where you have one option, “Enable the Device Portal” 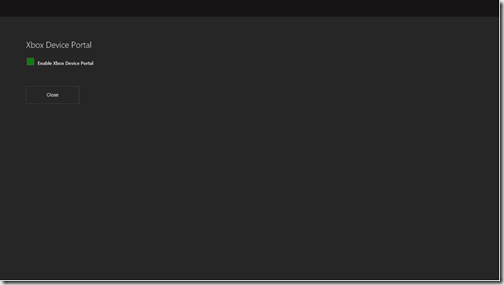 Once enabled you’ll need to configure authorisation by specifying username and password – write these down as you’ll need them shortly to access the dev portal.

The next step is to go to a computer that’s on the same network as the Xbox (or at least a network that can reach the Xbox). Enter the IP address with the corresponding port number (see previous screenshot which is shown after enabling device portal, which shows the IP address and port number of your console). 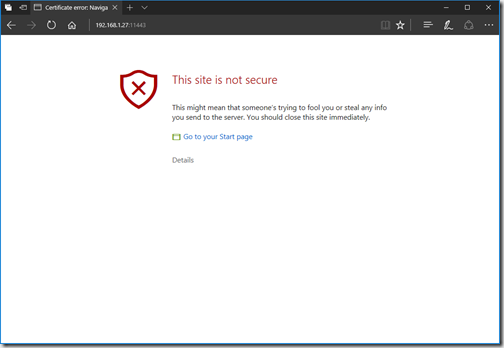 In most browser (this was Edge, but similar behaviour happens on most modern browsers) you’ll see a warning that the site you’re attempting to access can’t be verified. You need to expand, in this case, Details in order to see a link that will allow you to continue on to the device portal. 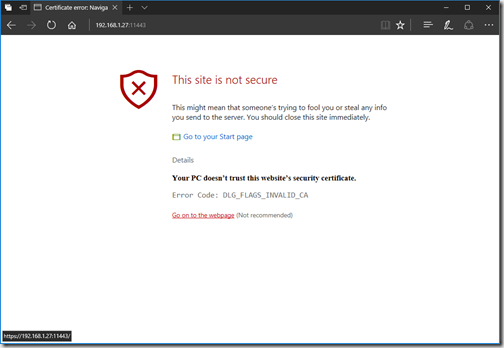 Now that you’re in the device portal, select the Media capture node on the left. 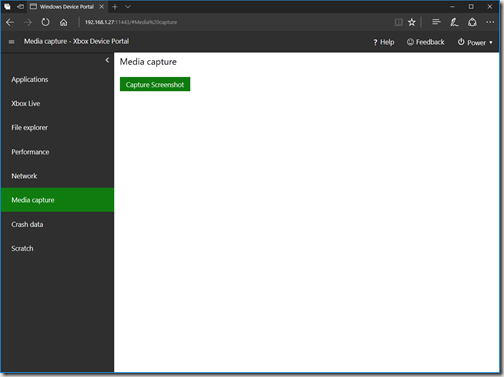 Click the “Capture Screenshot” at any point to screenshot whatever’s currently being displayed on the Xbox. 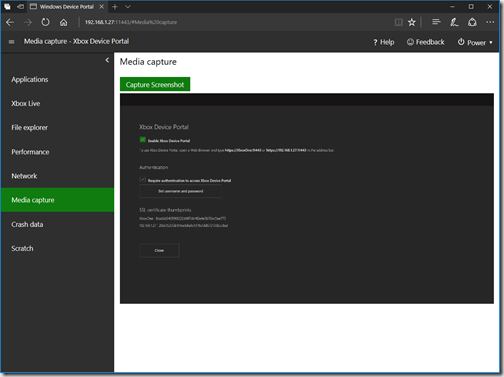 You’ll also be prompted to open or save the captured image.